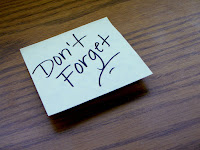 3    Linda at A Word Edgewise
10  Ruth at There is no such thing a a God-forsaken town
17  Jan at Bookseedstudio w/optional theme: FLOAT
24  Margaret at Reflections on the Teche
31  Catherine at Reading to the Core

September
4   Carol at Beyond LiteracyLink
11  Kiesha at Whispers From the Ridge
18  Matt at Radio, Rhythm & Rhyme
25  Jone at Deo Writer